[This is a guest blog by Liam Sutton. Liam is a senior at Ball State University working towards his bachelor’s degree in exercise science with a concentration in basic and applied sciences. He hopes to attend Australian National University’s Master of Neuroscience program after graduation. He is currently participating in the Athletic Lab Internship Program.] 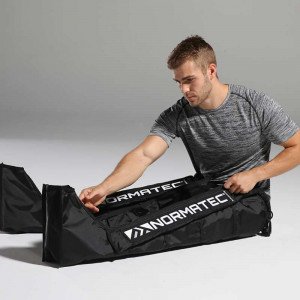 Athletes have always looked for advantages in training and competition to obtain an edge over their competition. The scientific and performance coaching communities have ongoing collaboration in enhancing athlete performance; methods include using optimized training schedules, better nutrition, higher quality sleep, and emerging forms of therapy. The goals of these collaborations are to enhance performance of athletes by reducing fatigue and soreness as well as enhance and accelerate sport specific training adaptations. Elite athletes undergo rigorous training that leads to muscle microtrauma and inflammation, manifesting itself in pain, discomfort, and short-term performance decreases. Reducing, counteracting, and recovering from these body traumas is the primary goal of many emerging therapies aimed at athletes. The sport world is rapidly embracing therapeutic arts and sciences to obtain the benefits of recovery methods designed to combat the entire spectrum of fatigue related performance impairments. This is evidenced by national Olympic, business, and other organizational entities building expensive facilities designed around the research and implementation of recovery modalities and methods to enhance recovery and adaptation. One method that has received recent attention is muscle and limb compression. There are two types of compression therapy. Static compression uses specific garments designed to compress the limbs and torso, while dynamic compression involves manual compression such as a massage and mechanical compression using special devices such as sleeves that envelop limbs and inflate consecutively in compartmentalized cells. This sequential compartmentalized squeezing is based on the concept of peristalsis, the process by which materials are pushed through a tube via a rolling wave of pressure. Our bodies use peristalsis to move materials through the esophagus, intestines, blood vessels, and lymphatic structures. Peristaltic pulse dynamic compression (PPDC) refers to a sequential pressure wave applied through large, specialized leggings. The leggings are composed of segmented tubes that permit remote controlled pressure variations from cell to cell. By increasing and decreasing cell pressures in a peristaltic manner, PPDC leggings can promote the movement of tissue materials and fluids within the lower extremities. This blog post will explore how this process can be beneficial for athletes so that they can make informed decisions on whether or not PPDC would be valuable for their performance goals.

In an article by Dr. William Sands, he compares the challenge athletes face to a tightrope above failure. On one side, they face undertraining and loss due to not reaching their highest potential stimulating threshold, leaving gains on the table and allowing more room for other athletes to out-work them. On the other side of the tightrope is the possibility to overtrain and realize a reduction in performance returns, athletes who make this mistake suffer from overstimulation or under recovery. Both of these lead to poor performance, increased chance of injury, mental health issues, and other debilitating problems (Dynamic Compression for Recovery in Athletes | Lower Extremity Review Magazine, 2014). Athletes who are aware of this narrow walk between undertraining and overtraining understand the importance of proper recovery and fatigue management. The pillars of recovery are sleep, nutrition, and proper training progression. Only once these components are optimized should an athlete turn to more specific forms of recovery therapies. However, with the sheer amount of recovery modalities available, it is often a challenge to find what is best suited for an athlete’s specific needs and goals. Another issue lies in the fact that the placebo effect is a strong driver in circumstances where athletes are led to believe a treatment is effective despite a lack of empirical evidence. The purpose of this blog post is to serve as a ­­­source of information so that athletes can make informed decisions on whether or not they think PPDC therapy is suitable for them.

Effects of PPDC in Athletes 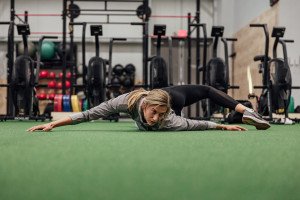 Flexibility enhances performance capacity and reduces injury risk in just about every sport. It is a dominant characteristic of gymnasts, divers, dancers, figure skaters, and more. Flexibility and strength through an extended range of motion superstates the elite from the amateur. “Flexibility has been defined as the range of motion at a single joint or a series of joints and reflects the ability of the muscle-tendon units to elongate within the physical restrictions of the joint” (Sands et al., 2014). Flexibility is typically developed by athletes via stretching, with “static stretching” being the most well-known and widely used method. One issue with static stretching is that it can be uncomfortable, or even painful if an athlete is experiencing soreness from a previous training session. An alternative to static stretching was accidentally discovered by the U.S. Olympic Training Recovery Center. “In the midst of studying these devices, it became apparent that the athletes were experiencing an unusual and unexpected rapid and acute increase in flexibility following use. The athletes repeatedly and enthusiastically reported and demonstrated to one of the authors that they could suddenly achieve lower extremity positions that they had never achieved in the past” (Sands et al., 2014). Following this observation, Dr. Sands undertook a study to test the hypothesis that PPDC significantly improved range of motion in a time-efficient manner. His study looked at female dancers, already familiar and well-versed in stretching, and found that those athletes who used PPDC underwent a statistically significant improvement in flexibility when compared to a control group. Dr. Sands’ proposed mechanism for the range of motion improvements demonstrated in his study was the enhancement of muscle thixotropic properties. Thixotropy refers to the property of muscle sarcoplasm that allows it to shift from a more resistant to lengthening gel-like state to a less resistant to lengthening liquid-like state. The athletes who participated in the study also reported additional benefits other than flexibility they experienced from the PPDC treatment. They described feeling fresher after using PPDC, even into the next day, and a notable reduction in restless leg agitation while sleeping.

Aggressive training results in damage to soft tissue that leads to pain, inflammation, edema, and stiffness. Pain, in particular, is the most noticeable effect of heavy training that athletes are familiar with. Muscle pain and tenderness affect both the frequency and intensity that elite athletes can train, and this is especially apparent during the competition season. The reduction of pain coincides with recovery, so the faster we can recover from muscle damage, the faster we are able to train again. Muscle stiffness is a common complaint among athletes who are recovering from hard training. Compressive stress to the stiff tissues has been shown to improve the athlete’s range of motion capabilities and may reduce the pain associated with muscle stiffness. Evidence shows that PPDC devices can provide immediate pain relief from exercise induced muscle damage such as DOMS (Martin, Borges, et al., 2015).
The US Olympic Training Center is a facility in which internationally competitive athletes come to train, making it the perfect site for a study on the effects of PPDC on training induced muscle pain in elite men and women. The study (Sands et al., 2015) took male and female athletes from weightlifting, gymnastics, modern pentathlon, and shooting and treated them with PPDC to determine if treatment would reduce the pressure to pain threshold (PPT) from exercise induced muscle damage. Results showed that the experimental group’s PPT improved after PPDC treatment immediately and continued the remainder of the day after the athletes’ afternoon practices. The PPT of athletes who underwent the PPDC treatment showed that a greater pressure was required to elicit the sensation of pain in recently trained muscles. In contrast, the PPT showed no decrease in the control condition. The experimenters concluded that PPDC seems to be a promising means of accelerating and enhancing recovery after the normal aggressive training that occurs in Olympic and aspiring Olympic athletes. 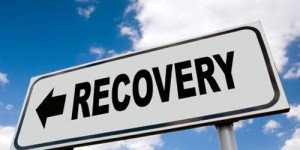 Muscular pain, stiffness, and edema are natural consequences of vigorous training, especially eccentric emphasized training. We have talked about the use of PPDC as a tool in reducing muscle tenderness and improving flexibility, we will now go over a commonly overlooked and underappreciated outcome of intense training: edema and metabolic byproducts. Exercise induced edema is the buildup of fluid which causes puffiness or swelling post-exercise. Edema and the body’s inflammatory response to hard exercise have the potential to inhibit healing due to an excessive response to microtrauma. This overshoot phenomenon can cause harm to local soft tissue, excess fluid buildup, and compromised lymphatic valves. Typically, removal of cellular debris from inflammation and lymph movement uses smooth muscle contractions in a process similar to peristalsis. Muscle contraction, acting as a local compression pump, has been considered the primary means of moving excess lymphatic fluid from extracellular spaces and venous return during recovery from exercise. However, the edema and collective debris of exercise-induced inflammation may obstruct the lymphatic vessels due to damage to the vessels and fragile lymphatic valves leading to an increased time needed for full recovery. This clogging effect of the damaged lymphatic vessels may be improved and respond to the waves of pressure applied in a PPDC treatment (Sands et al., 2015). Another byproduct of vigorous exercise, specifically anaerobic, is the buildup of lactate. Lactate buildup is known to contribute to muscular fatigue and must be shuttled off by cellular mechanisms to prevent excessive concentrations. One study (Martin, Friedenreich, et al., 2015) set out to determine if PPDC had a measurable effect on blood lactate concentrations when compared to passive recovery. They found that blood lactate clearance was significantly improved when compared to the passive recovery condition.

PPDC is a relatively new variation on a form of recovery that has been used for a very long time. Athletes who decide to utilize it can expect faster flexibility gains, decreased exercise induced muscle pain, and inflammation reduction. Like all forms of therapy, it is not a magic bullet that will solve all of an athlete’s problems. However, when used under the guidance of an informed practitioner, it may give those who use it an edge over their competition.